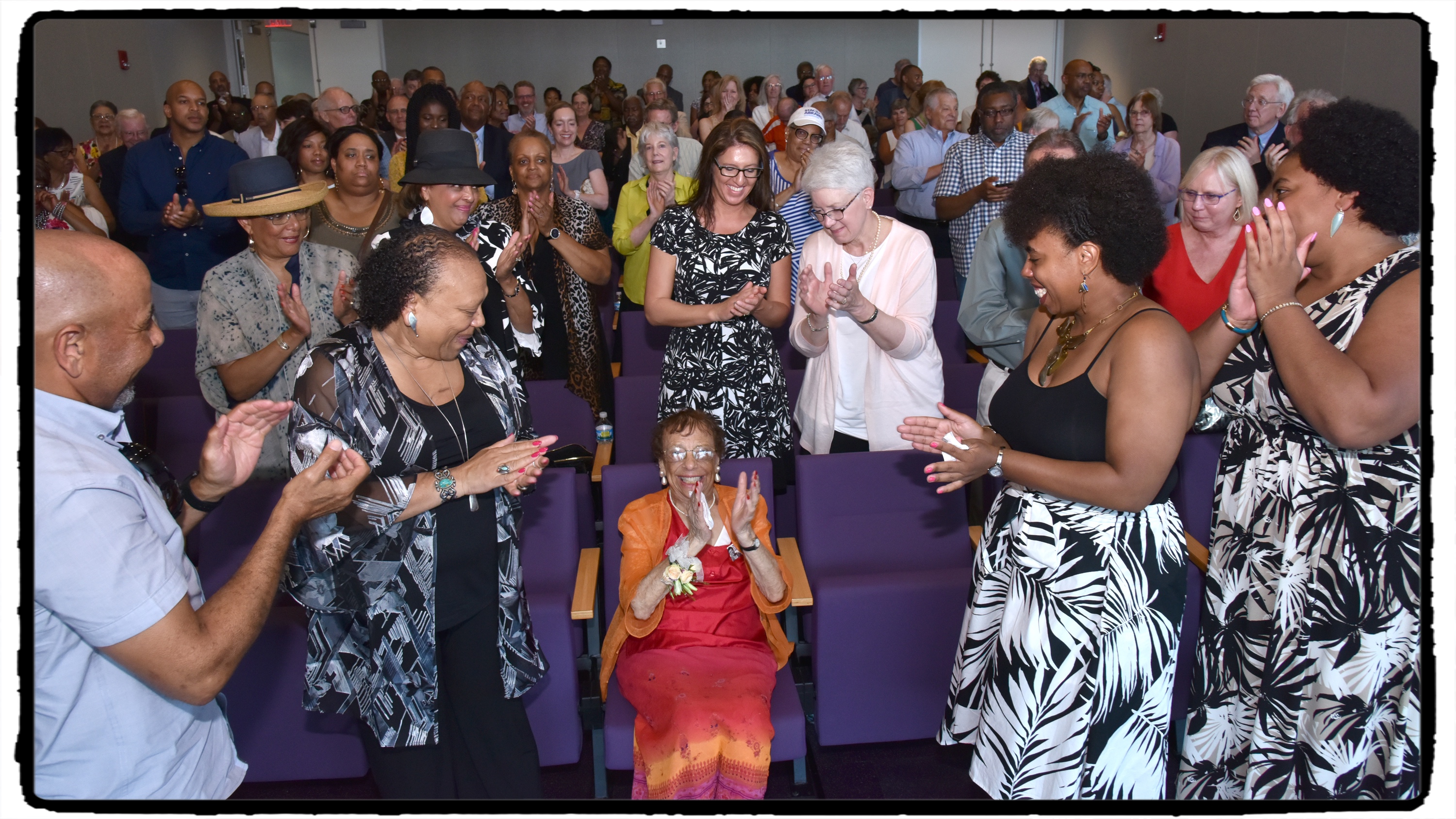 2018 has been a significant year for Shorefront. Outreach, programming, recognition and special projects has kept Shorefront’s boards busy. Our activities throughout the year has expanded our impact on both a local and national platform.

Shorefront founder, Dino Robinson, has been a strong advocate on the importance of independent community repositories and controlling its “own narrative”. He has presented these ideas in various forums and as a speaker at archival forums at Harvard University, UCLA, the Midwest Archives Conference Annual Meeting, the Black Communities symposiums in North Carolina and the Schomburg Center for Research in Black Culture.

In addition, Shorefront presented a successful argument before the local Preservation Commission to have recognize the historic significance of a property that was once a segregated school in Evanston. The Commission unanimously voted in favor of passing a resolution recognizing it as an Evanston Landmark based on its history and the City of Evanston passed the resolution on October 22, 2018.

Shorefront produced and released its first independent documentary, “Lorraine H. Morton: A Life Worthwhile,” chronicling the nearly 100-year life of Evanston’s first African American Mayor, former alderman and career elementary and junior high teacher and principal. Hon. Morton, seated, at the premier screening on Northwestern University’s campus June 29, 2018. Since the release, Shorefront hosted 5 free public screenings of the documentary and has been entered into several film festivals. In 2019, Shorefront will release the DVDs.

Lastly, Shorefront gives thanks to our major funders, who over the years continue to support the activities of Shorefront. These include the Institute of Museum and Library Services (IMLS) African American History and Culture grant; MacArthur Funds for Arts and Culture at The Richard H. Driehaus Foundation; The Francis Beidler Foundation; and the Stone Heritage Properties.

Under the Press, we signed three new titles. Edwin B. Jourdain, Jr: The Emergence of Black Political Power in Evanston, Illinois, 1931–1947; Dream Dancers Vol Two: Journey to the Promised Land 1865-1924; and Maintenance and Change of Status Immigrant Community: Haitians in Evanston, Illinois(summer 2019). Our titles are available on lulu.com.

Shorefront expanded its collection efforts to include two island communities present in the North Shore, Haiti and Jamaica. As Shorefront worked to build community with each presence, we have participated in multiple celebrations, had one-on-one discussions with representatives and now appear on a regular basis on a local Haitian radio station.

The MacArthur Funds for Arts and Culture at The Richard H. Driehaus Foundation has funded Shorefront over the last six years providing general support. This enabled Shorefront to welcome over 500 visitors to the Legacy Center including high school students and faculty, community groups and initiatives and student groups from Northwestern University. We revamped our multiple websitesinto a more cohesive and connected web presence and produced a 60 second video on the function of Shorefront that is viewable at our website. We added new panels for the “Legacies” traveling exhibit that was on display at the Lorraine H. Morton Civic Center throughout 2018. Lastly, we engaged in new partnerships that complimented the 6th annual Black History Month Lecture Series creating over 20 public programs during the month of February.

On a weekly basis, Shorefront engages with the local community in various aspects of collecting, archiving and advocating for the preservation of local history. We cannot continue this without the generous support of our collective communities. 100% of funds supports these activities for future generations and we truly appreciate your support. Looking forward to 2019 for a new year in community archiving! Follow us on our various social media platforms and our new website launch site: