Throughout the Chicago Suburban North Shore, like most of this country, communities are celebrating Dr. Martin Luther King Jr.’s birthday and remembering the many accomplishments, messages and influence he has had that continue to this day. Many cities became known as an epicenter for societal changes, influenced by Dr. King’s, and related organizations, message of equality, fairness and advocacy for fair housing.

Chicago’s suburban North Shore became an epicenter around fair housing, though its struggle for equality, equity and housing began as early as 1910. A 1913 issue of the Chicago Daily Tribune contained an article where Wilmette residents wanted to find out what realtor(s) were selling homes to “Negroes” and how to stop the process:

Local community members who challenged Evanston’s growing support of Jim Crow led to the formation of an early chapter of the NAACP c1919. Later, its city’s first Black alderman, Edwin B. Jourdain Jr., questioned housing policies and made headlines in the Chicago Defender:

Hat-in-hand Group in Evanston Would Bar Race
“A step to bar any more Race people from Evanston was temporarily blocked Sunday Afternoon, after Citizens, at an interracial meeting had been asked to adopt a resolution to stop more members of their race from making Evanston their home.”2

In 1959, a developer tried to build an integrated housing subdivision project in Deerfield but it was met with heated resistance, forcing the developer to abandon the project. It would take another ten-plus years before Deerfield would see its first Black resident. 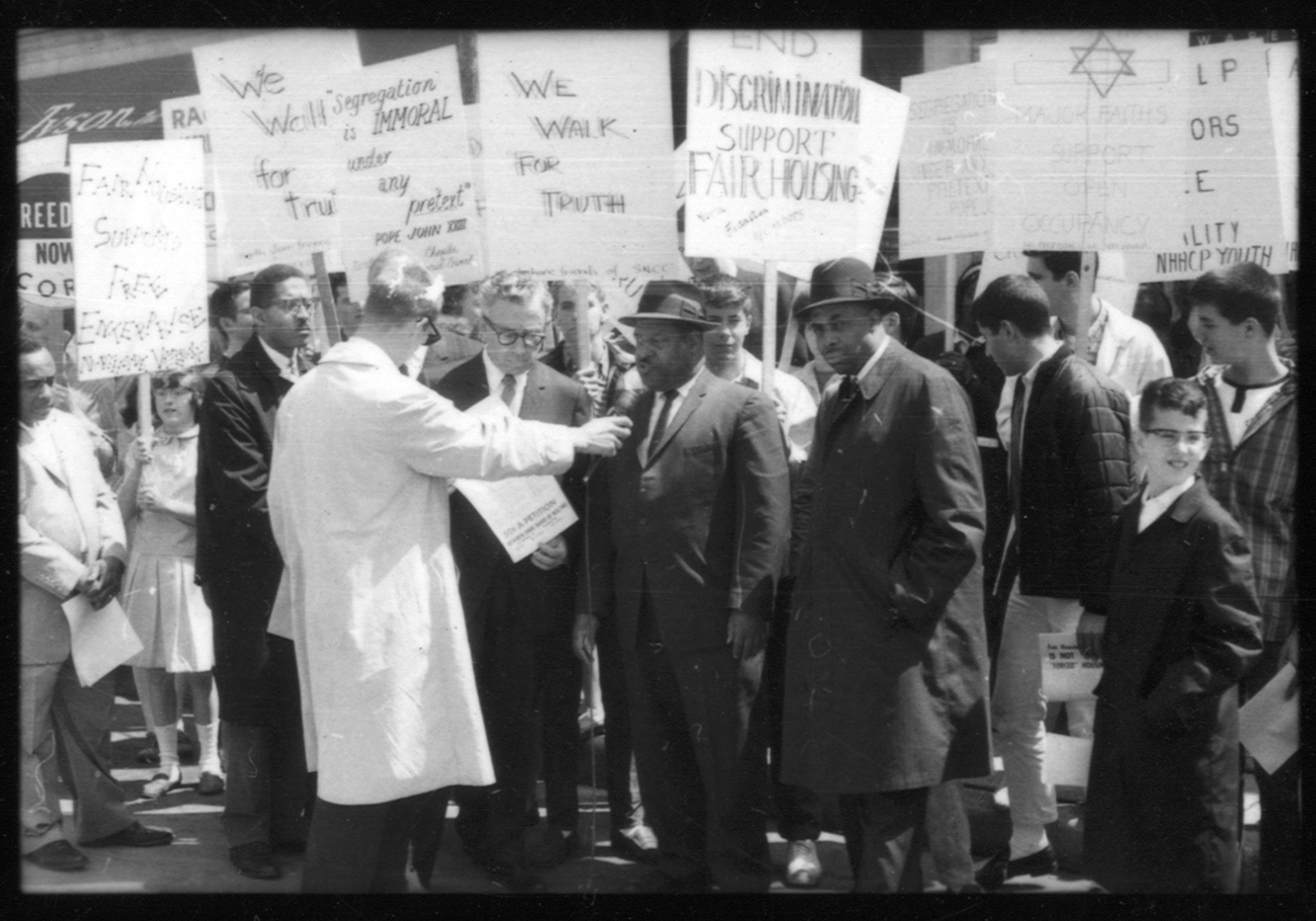 During the 1960s, organized marches protesting the unfair housing restrictions and redlining had gained momentum. Church groups and organizations, local and metro areas, converged into Evanston and marched through the downtown area, often stopping infant of real estate offices with signs and chants.

Dr. King spent the night in the basement

The struggle reached its heights during the 1960s—the decade of significant changes throughout the United States relating to race relations. Dr. Martin Luther King Jr.’s work brought him to the North Shore on four occasions. His visits, sermons and marches birthed new organizations, and movements challenging discriminatory housing in the suburban communities north of Chicago. 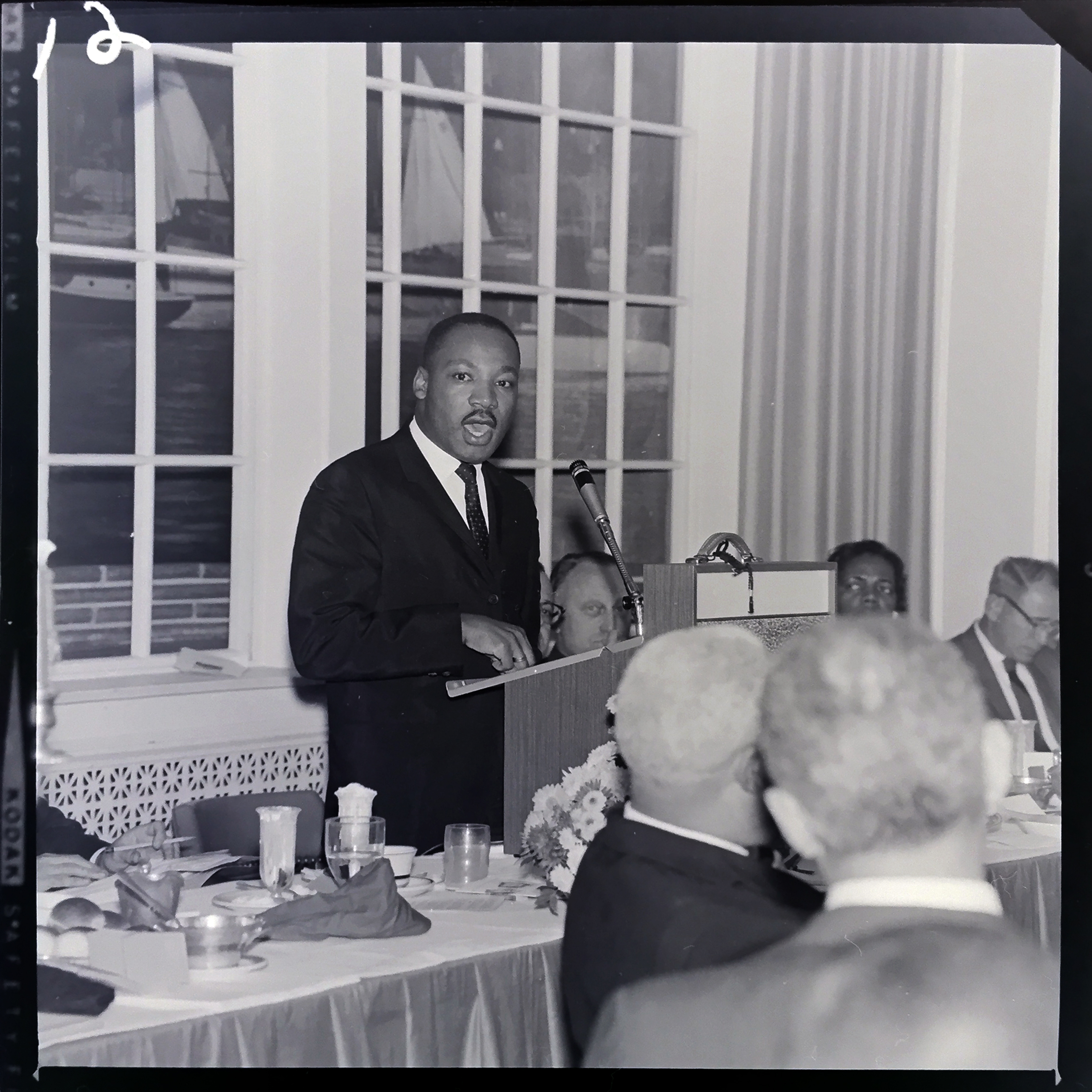 Dr. Kings first visit was by the invitation from Beth Emet the Free Synagogue in Evanston, January 13, 1958. His recorded speech was on integration and, ironically, Dr. King spent the night in the basement of the synagogue because “nearby hotels would not allow Negro guests”.

During 1961, the North Shore Summer Project is born of the efforts community members in Wilmette, Illinois with the goal of challenging owners who refuse housing to Jews and African Americans to open up. The movement grew to include more than 40 religious, civic and human relations organizations.

Dr. King’s second and third visit was in October 1962 and again in 1963, speaking on integration at the Unitarian Church and a press conference at the then Orrington Hotel. His 1963 visit was at the First United Methodist Church.

On July 25, 1965, the North Shore Summer Project held a major rally attracting close to 10,000 people on the Winnetka Village Green. Dr. Martin Luther King, Jr. was the keynote speaker where he pushed for equal housing on the North Shore. The rally also had detractors including those representing Nazi ideologies urging whites to resist opening housing up to “Negroes”. 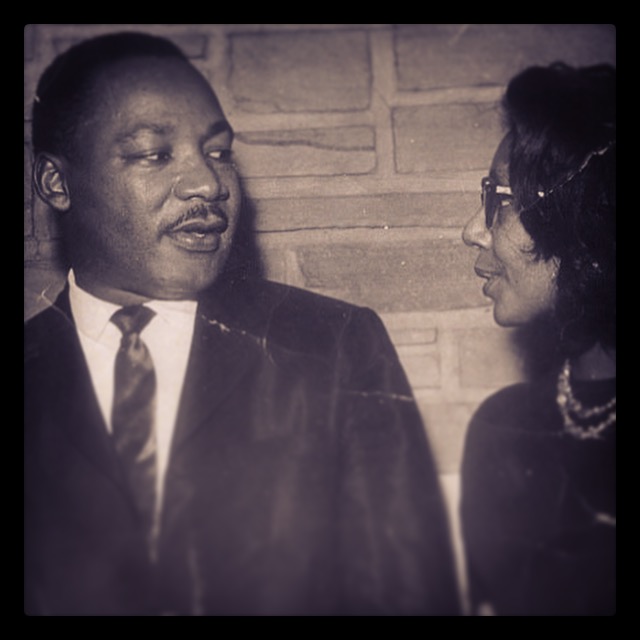 There were many local members who had interacted with and worked under Dr. King during his visits. Evanston Resident Bill Logan and the late Louis Mosely were tasked to be Dr. King’s bodyguard. Alice Tregay and Bennett Johnson worked in various committees that involved interaction with Dr. King.

Mr. Logan, who later became Evanston’s first Black Police Chief during the 1980s remembers words from Dr. King while working with him. “Go and get your degrees…”

Evanston Passed a fair housing ordinance that became effective January 1, 1968 that affected real estate brokers. Even with the new ordinance, housing discrimination continued for years after.

On Dr. King’s death, the North Shore mourned with the rest of the country and held memorials honoring his legacy. One such memorial was held in April of 1968 in Evanston’s Raymond Park. Local leader Helen Cromer Cooper and the Rev. F.W. McEwen of Tabernacle Baptist Church were among several speakers. In Evanston, That year, Foster School’s lab experiment was renamed to honor Dr. King.

The impact of Dr. King’s work is honored today throughout the North Shore, known in the area as “a day of service”, and is filled with lectures, performances and other activities. Remember, and act.