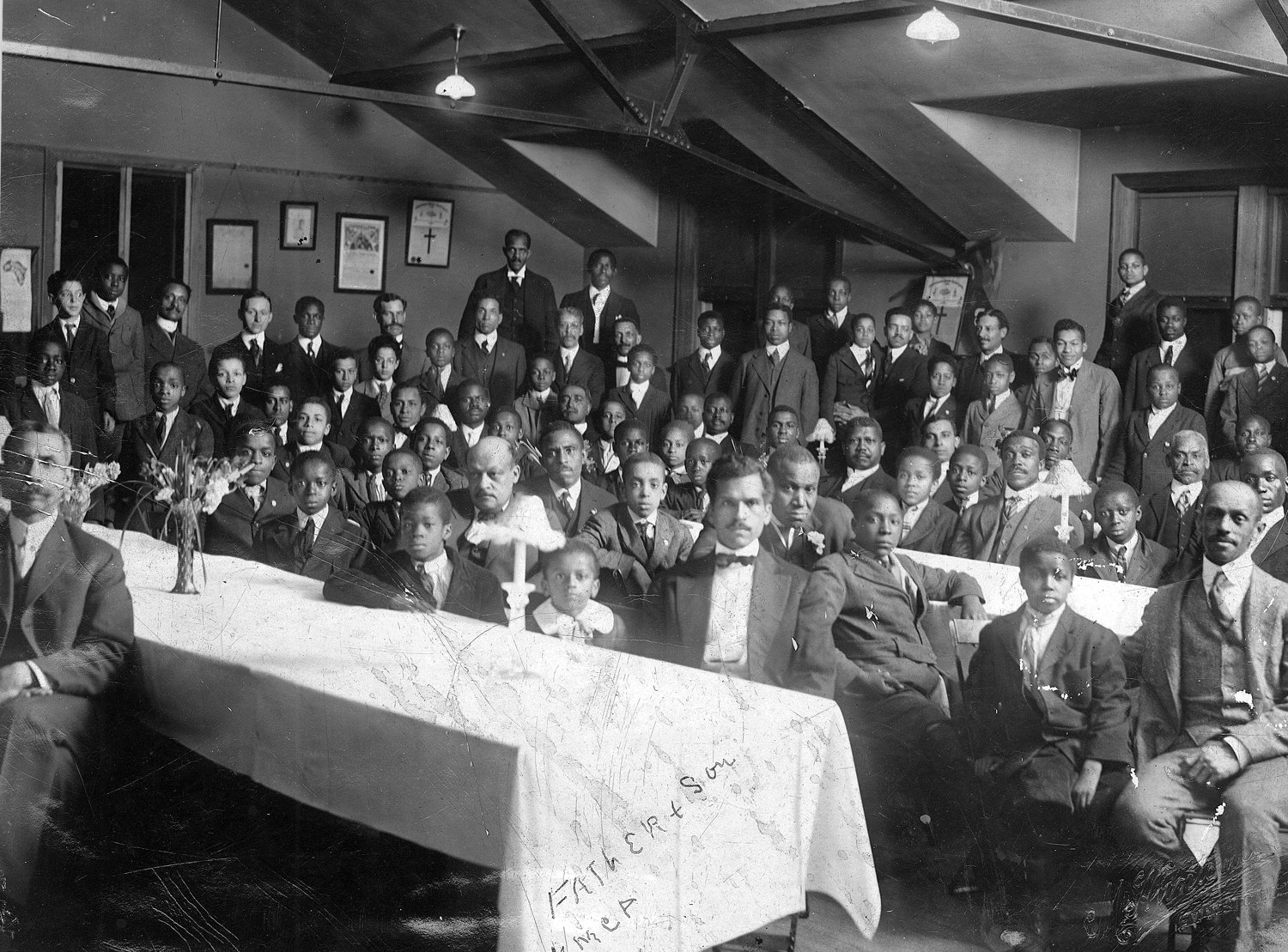 It was around 1907 when James Rayford Talley, a graduate of the Hampton Institute, moved to Evanston, Illinois and wanted to be involved in the Local YMCA. Talley, and for the rest of the Black community, was not welcome and was denied membership.

Talley was hired as its first Executive Secretary

Evanston’s Black population was at the beginning of a rapid growth. In 1900, the census recorded 737 Black Residents. By 1930, the population grew to almost 5,000. The city and other local organizations began to express a concern about the recreation for the growing younger Black residents in the area. Considered a “problem”, local leaders, consultants and other organizations began to address a need, though skewed. An early YMCA pamphlet stated:

“Already, these [Black] boys are contributing to 50% of Evanston’s delinquency problem, and, out of all proportions to their numbers, to the problem of the Associated Charities. They are found to be somewhat troublesome in the schools, and the matter of their conduct on the streets is often a thing of which we are not proud.”

James R. Talley, a Hampton Institute graduate, came to Evanston c1907 and asked to participate in YMCA activities. He was denied entry because he was Black. Undeterred, Talley, with the help of Tim Harland and other local community leaders, organized youth together to participate in activities similar to that of the YMCA. These activities continued for several years.

In 1909, two residents and YMCA advocates, reengaged Mr. Talley and initiated a plan to engage the Black community in YMCA activities. Over the course of several years, committees were formed chaired by leading business and religious leaders in the Black community that laid the foundation of a new YMCA. Talley was hired as its first Executive Secretary with specific charge of overseeing the daily operation of a future segregated YMCA facility.

In 1912, the steering committee for the Emerson Street YMCA, Dr. W. F. Garnett, A. P. Perry and D. W. Richardson, organized four teams headed by William. H. Twiggs, Jerry Reed, T. M. Norris and J. E. Priestly to raise funds to start building the Emerson Street YMCA. The building cost $23,000 to complete and the doors opened at 1014 Emerson Street to the Black residents in July 5, 1914. Later, the branch was locally referred to as the “Emerson Y”.

With the help of the Rosenwald Fund, expanding the Emerson branch somewhat addressed the needs of the growing Black community. The expansion was completed in 1929. Several pieces of YMCA literature pushed that the Black population in Evanston reached 9,000 in the late 1920s. However, according to the 1930 census, a little less than 5,000 Blacks were documented as living in Evanston. It is possible that the Emerson Y serviced Evanston as well as the other black communities in the surrounding suburbs including what is now Rogers Park in Chicago.

The Emerson Y offered a wide variety of services. Black students from Evanston Township High School used these facilities for physical education and sports since Blacks were prohibited from the schools their facilities. Black male students from Northwestern University roomed there as the campus dorms were closed to Blacks. Ralph Bunche, who later won the Nobel Peace Prize in, roomed at the branch during the 1930s. Bunche, who had multiple distinctions by that time, could not room on campus.

Clubs, societies and organizations held meetings and formal banquets there. Several Black Northwestern Students often roomed at the Emerson Y since Northwestern did not permit Blacks to live in campus dormitories. Other important services offered by the Emerson Y were counseling, classes and camping trips at Camp Wabash. The Emerson Y provided a safe place for boys between the ages of 12-17 to have fun, learn and socialize.

Nationally, the YMCA sought to desegregate its facilities as a policy during the 1940. Evanston’s Grove Street Y spent the next 15 years discussing their process in integrating their facilities. By 1963, the Grove Street Y officially announced that it was in full compliance. As a result, the Emerson Street Branch was shut down in 1969. Its closing was met with hurt and disappointment from the Black community that is still felt to this day. Several attempts were made to preserve the building. However, in 1980 the Emerson Y structure was demolished to make way for new development.

Sources: A complete story of the branch is in Gatherings: The History and Activities of the Emerson Street Branch YMCA, published in 2005 through Shorefront. In addition, archives can be found at the Shorefront Legacy Center. Finding aids are available for download from the Color Curtain Project of the Black Metropolis Research Consortium.