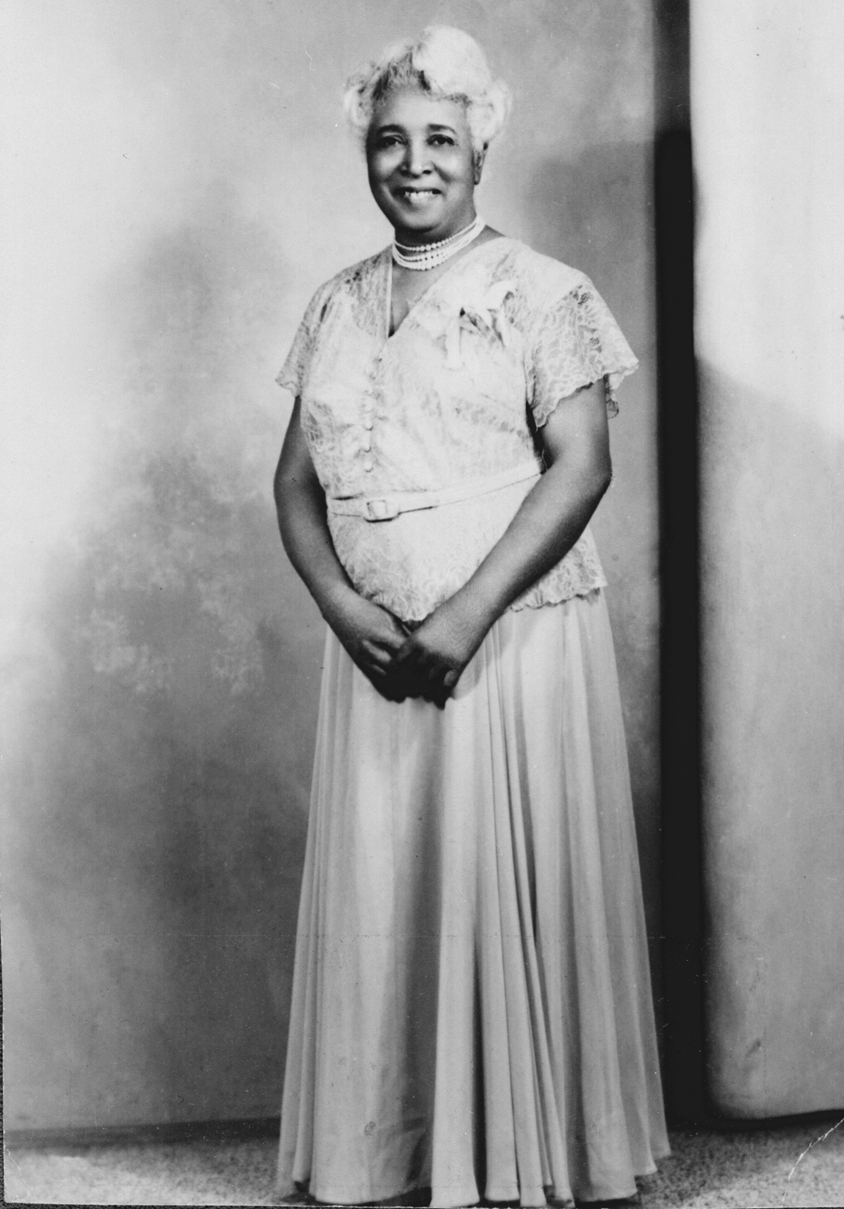 A wealthy white woman phoned the Smith Employment Agency frustrated that none of her “help” worked out—the domestic labor she hired seemed to turnover after short stays. Her well appointed home needed staff to run efficiently, and only those laborers of specific backgrounds and ethnicities would suffice. The employer, who preferred only very particular “white” help, demanded Carrie Crawford Smith, the agency’s owner, provide her with someone who was “. . .not British, German, French or Scandinavian, none of them are any good.” Although Smith, an African American migrant from Tennessee, did employ white domestic laborers, she tactfully convinced the employer to consider an option that many of her neighbors had already exercised—a Negro woman. Smith promised to guarantee the employee’s success and indeed, the African American woman stayed in the employ of that family for the next fifty years.

Melvin Scribner Smith (well-known for publishing two newspapers for the North Shore’s Black community, the Evanston Newsette from 1941-1950, and the Concerned Citizens Commitment (CCC) beginning in 1971) the youngest son of Carrie Crawford Smith, wrote several short articles about his mother’s business, the Smith Employment Agency that placed domestic help, mostly Black maids, with families that needed assistance. Born in Nashville, Tennessee just after Reconstruction, Carrie Smith migrated to Chicago’s North Shore just before many African American’s left the South, during the Great Migration, beginning in 1916. Smith called his mother’s intervention into her employees and employers’ disputes as “back door leadership” because she wrote the “Smith Employment Agency Standards and Principles.” This contract stated potential employers would not degrade Black women in their work environments, or more specifically, white folks’ homes.

The portrait of Carrie Crawford Smith, taken in the 1920’s, casts a woman of stature, posed at perhaps a club party or other affair that called for evening attire. She posed alone, perhaps because she choose to, or because her husband left her and the children after watching her employment service business flourish, and his employment service fail. Smith supposes that it was difficult for his father to remain with a successful, educated woman whose business acumen may trump his, and simultaneously, his manhood. By the time Smith was four years old his father beat his mother who in turn defended herself by threatening him with an oil lamp. Melvin Smith finished the story by claiming association with the old adage that the only ones free in the South are white men and Black women.

She would also not waiver from her rules to appease her white customers in face of lost revenue; she demanded that employers treated her laborers with dignity.

Smith went further to explain how painful it was to grow up in a single-parent household, especially where one parent abandons the other, leaving children to raise. Nonetheless, Crawford-Smith persevered, according the biography, a testament to her work ethic, savvy and skill set as strong Black woman who could transcend the tentacles of slavery and now, an absentee husband and father. Her portrait and Smith’s text combine to help construct an image that is reflective of struggle and survival, and as a signifier of cultural survival—both internal or familial, but also externally, or what is presented to the outside world. Combined, they represent cultural artifacts that are loaded with information about 1920’s Black women’s codes of respectability and honor.

Those who agreed to employ Crawford-Smith’s employees had to also agree to this creed. The “Standards” curtailed many of the negative stereotypical images that white public opinion perpetrated about Black women. For instance, one standard said that domestics would not clean floors or windows because Carrie Crawford-Smith felt that “crawling around on floors and hanging out of other’s windows was undignified,” and that she had male employees for such work.

Smith’s challenging potential white employers to accept her code of standards speaks to a time when Black women’s reputations were protected, by them, as a way to respond to misplaced societal attitudes which stated that African American women were hyper-sexual, ‘loose’ or otherwise, unrespectable. Indeed, Black women formed clubs that purposely presented its members as civil, literate, and cultured to counteract and reposition themselves as having earned respect—even when their occupations were as domestic maids, cooks, and laundresses.

Crawford-Smith was educated at Fisk University, a historically Black college in Tennessee, and felt that her education was best used in making sure that Black women were treated with dignity, even as “maids.” Losing her southern accent because of her classical education positioned her to speak to white folks many times without them recognizing her race, and perhaps more importantly, acknowledging her ‘station’ as an educated woman. She demanded that her customers refer to her by her respectable title of Mrs. Smith, not “Carrie” as one particular ex-southerner repeatedly tried to address her. Again, she refused to do business with this customer in order to uphold her end of the “politics of respectability” that would assure her a dignified existence on Chicago’s North Shore, and that of her employees.

While Crawford-Smith believed in this code of ethics, her cohort of clubwomen sometimes unfairly held others to this standard, which divided Black women by class. Class distinctions did not solidify the community; it sometimes fractured it into elites vs. poor/working class.

Crawford-Smith belonged to many clubs, religious organizations and social justice entities like the NAACP. She was the historian of the Evanston chapter of the Matilda Dunbar Women’s Club, named after the mother of Paul Lawrence Dunbar. We do not know where exactly the photo was taken but an informational sheet that accompanies the picture dates it in the 1920’s. Since Crawford-Smith is credited as a club historian, a regular AME church member and even believed in the Unity Church, with its beliefs in spiritual healings, and a successful business owner, she was the ultimate clubwoman, and her belief in the “politics of respectability” inform her photo, and life in many interesting ways.