From the Shorefront Archives #001 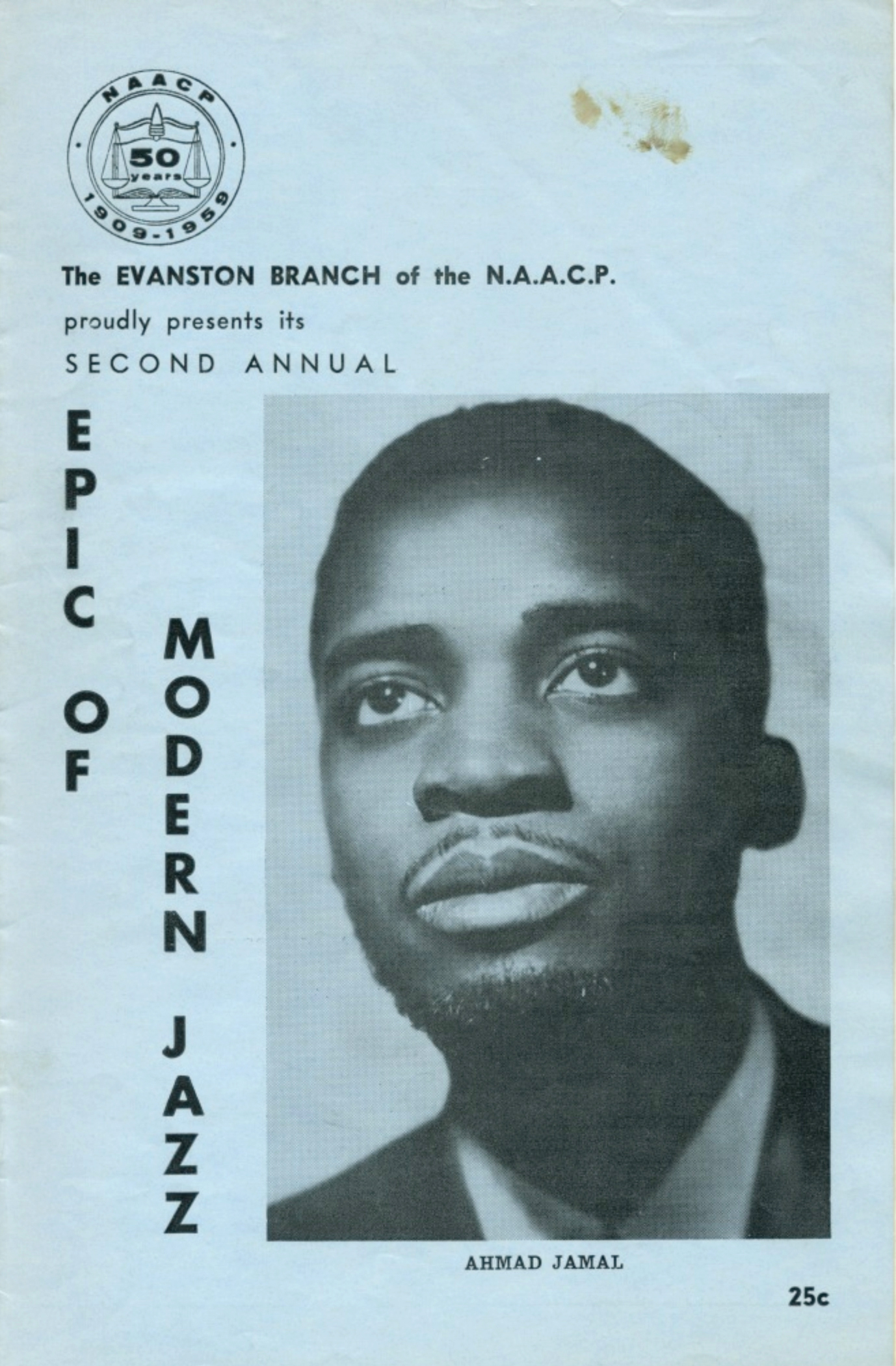 Everything is Intertwined: Archival Coincidence and Connectivity on the North Shore

For the past two and a half months I’ve spent my days traveling North to Evanston’s Shorefront Legacy Center (via the ever-slowing CTA purple line). Started by Morris “Dino” Robinson, Jr. in his dining room in order to pick up the slack in the preservation of history of Evanston’s African-American experience, Shorefront has grown to include community involvement, music, and youth programs, as well as housing over fifty archival collections. Since late May, I’ve organized and produced finding aids for around thirty of these collections using the increasingly-popular “More Product, Less Process” method of archival processing, and I’m still plugging away.

Social and civic clubs, much more than today, it seems, were “the thing to do”

In dealing with the records of a relatively small area, namely Evanston’s Fifth Ward, the interrelatedness of the collection material quickly becomes visible. Like a Paul Auster novel waiting to be written, items in the archive, seemingly unrelated, begin to show their similarities and make connections on their own simply by the very nature of their existence. The interconnectedness of the collections, mirroring their real-life creato’s relationships, becomes something of a comfort through its familiarity—a juxtaposition of seemingly unrelated events and organizations from which emerge narrative threads to be used by researchers in weaving the tapestry of history (once they find the much treasured needle in the proverbial haystack of archival information). Luckily, these archival haystacks come with treasure maps in the form of finding aids.

In the case of Evanston, there are a few organizations that seem to serve as historical linchpins working to tie both the community and its members together. Social and civic clubs, much more than today, it seems, were “the thing to do”: they number must be in the triple digits. The biggest and most obvious of these being the town’s first African-American church named Ebenezer A.M.E. Church. From its early beginnings in the 1880s, Ebenezer served as a cultural and social hub for many African-Americans in the area. Without even reading a history of the Church, this became blatantly obvious simply by the shear recurrence of material in each new box I’d open. It seems that nearly every social and civic leader had, at one point, a hand in the affairs of Ebenezer. Though, it seems the men’s’ roles here were more prominent than the women’s, who formed their own supporting networks of the clubs and organizations.

Anna Belle Frazier, for instance, was a community leader whose papers document her high levels of involvement with such organizations as the Order of the Eastern Star, the Ladies Auxiliary of the V.F.W., as well as her long-standing membership at Ebenezer. Shorefront also houses collections of material from the Order of the Eastern Star, of which several members’ personal papers are held at Shorefront as well: this is not atypical here.

The more collections I processed, the more the relationships between each of the collections become apparent, making arrangement and organization much more interesting and fluid. The intellectual connections between the materials became so intertwined that one could conceive of a project in which one began with, say, an individual like Mrs. Frazier and follow the web through nearly every collection, gaining along the way something new and not found in the previous collection and not in the collection next to it, but, nevertheless just as pertinent and necessary to the project.

Now, of course as one is processing, there are certain items that stick out a little more than others because of some personal preference or association. Among the scattering of media and materials making up the all of the collections I’ve gone through at Shorefront, two items have jumped at me. Those who know me (and now those who don’t) know that I’m a huge fan of Jazz, more specifically recordings put out on the Chess Records’ pop/jazz subsidiary, the Argo Records label. From 1956 to 1965, Argo produced hits from such luminaries as Etta James, Clarence “Frogman” Henry, Marianne McPartland, Al Grey, Buddy Rich, Ahmad Jamal, and Ramsey Lewis. The latter two performers had long careers with the label, and continued recording for them up to the end. The names of Jamal and Lewis were synonymous with modern jazz during this time. So it wasn’t a complete surprise to find items relating them to Evanston, but surprising nonetheless and a great treat to find them where I did.

While processing the Anna Belle Frazier papers, I came across a landscaping invoice from August of 1968 for work done at the Ramsey Lewis residence. How this carbon copy ended up in Mrs. Frazier’s personal papers we will probably never know, but the fact is, it did. There’s nothing ground breaking about this item, but from it we can gather something, at least. Mr. Lewis had already released two albums by this time this year and would soon release a third (his Beatles “White Album” tribute, Mother Nature’s Son); only two years prior, he had received a Grammy for his Wade in the Water, and he now decided to spend his money installing a home garden: perhaps it makes sense. It certainly is interesting to see what a popular musician decides to spend his earnings on during what some consider the height of his career. One wonders if the Japanese Garden and pine trees still stand some fifty years later.

On the other hand, the Evanston Branch of the NAACP records yielded a brochure from 1959 and their Second Annual “Epic of Modern Jazz” concert series which featured Ahmad Jamal. Not as surprising a place to find such a piece, but seeing as the rest of the materials in the records date from 1990 to the present, it begs the question, “How’d and why is this the only piece like it in the collection from that time?” Yet another question we’ll probably never have an answer to, but it adds a bit of depth to the story of both Ahmad Jamal and the local NAACP: we see what kinds of cultural outreach the NAACP was doing at the time, and we see into the cultural/philosophical mind of Mr. Jamal as well—for, at the pinnacle of his career, he wasn’t doing it for the money.

Working at Shorefront has been a great opportunity to, both learn about the “More Product, Less Process” method and about the history of African-Americans in Evanston. I hope my having been here will serve future visiting researchers as much as it has helped my understanding.