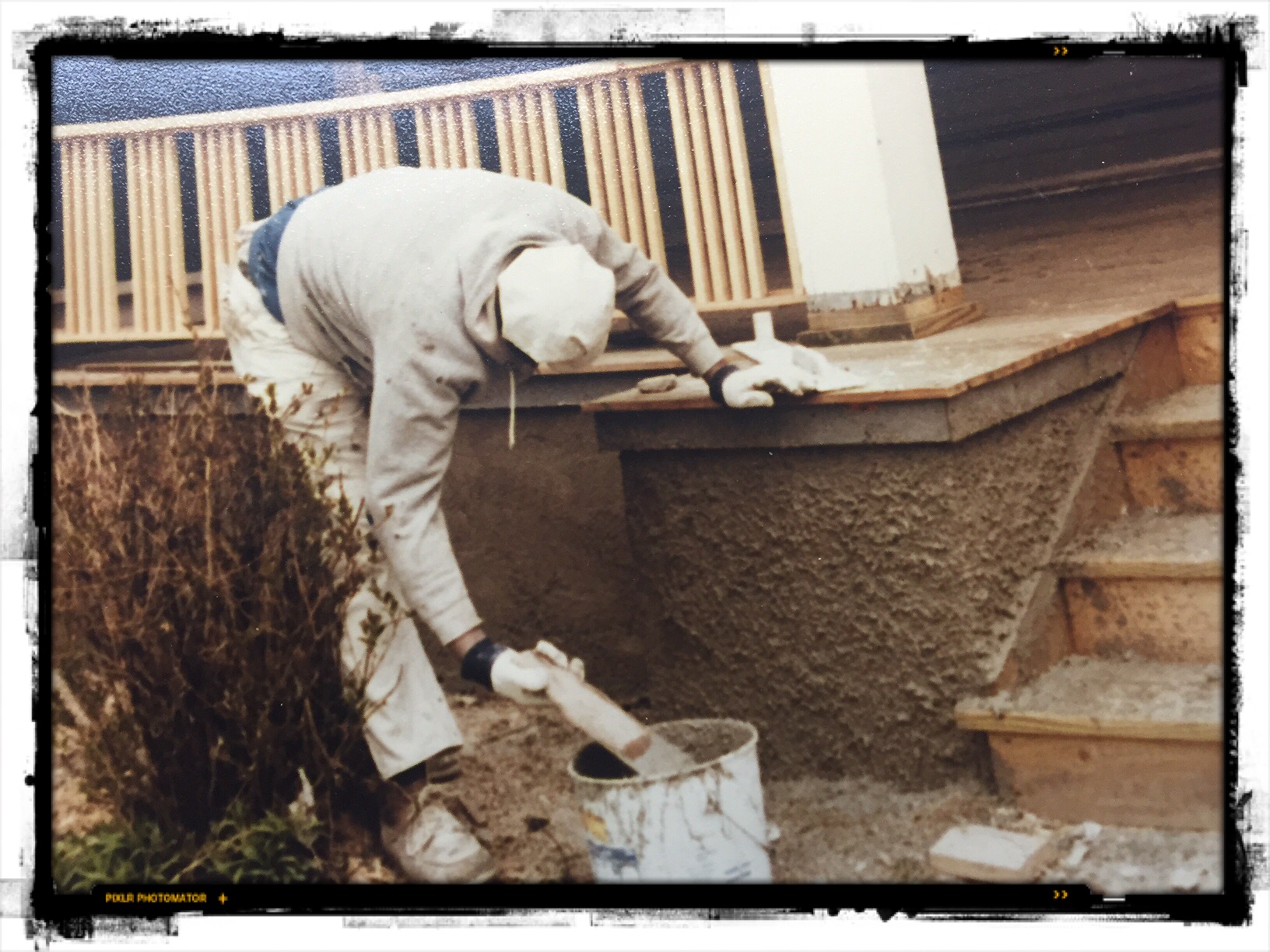 Coming from a family that was grounded in Marcus Garvey’s theories of self-respect self-reliance and self-sufficiency, there was never any talk of “I can’t”, “I don’t know how” and “It can’t be done”. What I know now to be encouragement was, to a youth of 4, 5 or 6, more akin to abuse and denial. Being “post-depression era” children of “depression era” parents, meant you learned how to fix things and learned to think 3 or 4 times before throwing anything away.

My very first job in the family business was to pick up all loose nails and to straighten any and all of them out that could be salvaged, to be used later.

My family, on my father’s side was in the construction business. My grandfather, Arthur Chester King, from Abbeville, South Carolina was a carpenter, who after being run out of town amid threats against his life, came to Evanston and settled here, making a home for himself and soon after his arrival, marrying Ella Childs on September 28, 1916 at 1107 Emerson Street. Together they had a family of nine, 5 boys and 4 girls.

Arriving here in 1913, before the digging of the Sanitary District Channel, he chose the West Side of Evanston, Dodge Avenue in particular, to build his home. So, in 1916, my grandfather began building his empire. His first house was at 2031 Dodge Avenue. Northwestern University was expanding and with the work there, there was also demolition. The door frames and windows of his first house came from such expansion/demolition, not to mention framing lumber. It was also a place of work for a few of the “colored” tradesmen.

Because of the times, particularly Jim Crow, it was essential that my grandfather align himself with other “colored” tradesmen. At that time, he was aligned with Black plumbers, Black electricians, Black plasterers, Black bricklayers and Black laborers. Many, many of the houses, churches and businesses in the 5th Ward were built, moved in, converted, enlarged and repaired by this consortium of Black tradesmen. In addition to “tradesmen”, there were businesses; grocers, butchers, ice-men, coal men, lawyers, accountants, teachers and people who filled in for most other professions needed. We “made do” in a lot of situations.

They were teetotalers for the most part.

Black Evanstonians, understanding that they had only themselves, the families of the tradesmen, their church members, neighbors and those they knew in Abbeville, Due West, and McCormick, South Carolina, went about building what they knew. . . “The Village”. With the abundance of land, every house had a garden next to it and in the case of my family, we had a very large community garden. My grandfather was a very good friend of the patriarch of the Perrin family, Miller, a friend from Abbeville, S. C. In fact, my grandfather introduced Miller to the woman who became his wife and the mother of his 13 children, 9 boys and 4 girls. In fact, the “community garden” was on Simpson, on the north side of the street between Dodge and Brown (now Bridge St.) where the park is today. Miller Perrin had horses and wagons and plowed the fields where the larger gardens were and the “community garden” was first every season. What I remember most fondly of the Perrin enterprise were the fall and winter wagon rides along the “Bridle Path”, which was an old fire break that traveled the length of the wooded area next to the Channel on the Evanston side from Greenbay Road all the way to Main Street.

The days and evenings were for working and preparing for work. The tradesmen would get together and confer, inform, plan and do whatever was necessary for one another to make it through another year. These gentlemen networked long before the term came into vogue. Remembering how truly gentle and civilized they were is awesome. They were teetotalers for the most part. They were all very quiet and pretty soft spoken, unless there was eminent need to raise your voice. There was always a copy of Robert’s Rules of Order somewhere close. But, what I find most fantastic was their sense of humor. In the life of the “Villager” there was something only the villagers understood and that was signifying. To some, it would be considered a form of mean sarcasm, but to most it was way more circumspect. To be able to signify well was a much valued and greatly honored art. It was as much for building up and redress as it was for tearing down and pointing out and correcting those actions, words and thoughts of the ones targeted. Few, if any were beyond being signified on. Most didn’t like it and the only ones who really appreciated it being done, were beneficiaries of the good that came from it. . . truly they were rare.

Today when I travel Dodge Avenue, from Simpson to Church Street, or from Greenbay Road to Hartrey, I am truly humbled at what my grandfather, my father, my uncles and the members of the my extended family accomplished for themselves and others by way of building houses, moving in houses, adding onto houses, fixing up houses and building a wholesome and viable community. In the chaos of today, I truly appreciate the rare gifts and principles that allowed them to thrive in an era of lynching and racial tensions. . . very similar to today.