The Chessmen Club of the North Shore 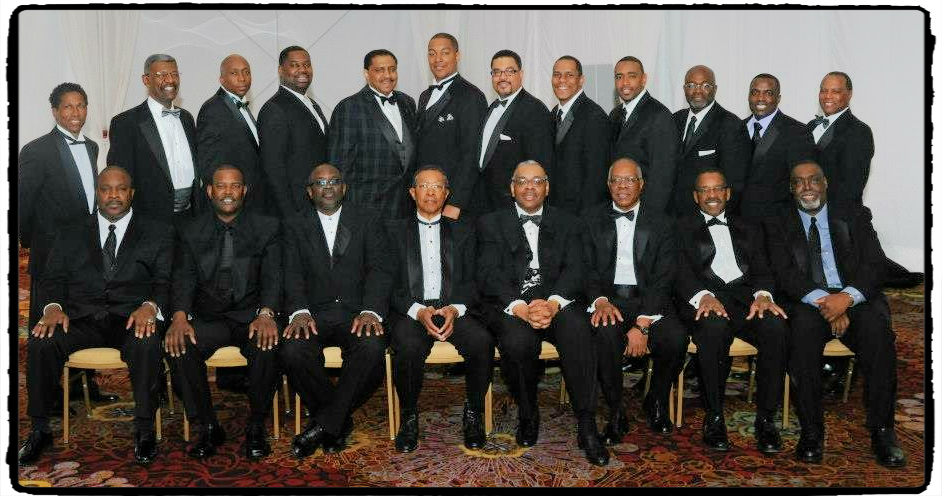 An organization of service, like others before and after, came to life from the concerns of two community members, Andrew (Andy) Rodez and William (Bill) Logan, Jr. These two high school friends who shared similar lifelong experience, and later both followed their carrers as police officers, established The Chessmen Club of the North Shore in 1958. In 2008, The Chessmen celebrated their 50th anniversary and Logan, to this day, is still an active member.

To say that both Rodez and Logan had similar backgrounds would not be a stretch in truth. They both have shared many of the same firsts: Both Logan and Rodez were the first African American Police Chief in their respective communities, Logan in Evanston, Rodez in Benton Harbor, Michigan.

Rodez attended Evanston Township High School and played on the football and track teams. He received a football scholarship and attended Virginia Union. After graduation, Rodez served two years in the Army during the Korean War. After his tour of duty, he returned and played professional football for the now defunct Chicago Cardinals for two years. He later joined the Evanston Police Department.

We wanted to be role models

Logan also attended ETHS and played football and basketball. He received a football scholarship and attended Western Illinois University. After two years, he was drafted into the U.S. Air Force where he served in Korea and Japan for four years. After his tour, he also joined the Evanston Police Department.

In 1957, the Evanston Police Department teamed both Rodez and Logan to patrol the Historic Black community in Evanston. It was during this time that they began to think about ways to engage and provide services to the community.

“Why did we start the Chessmen?” Logan said. “We saw community problems for our Black youth. Blacks could not join the YMCA on Grove Street, there were difficulties for Black youth to receive grants and scholarships. We wanted to be role models.”

They wanted to provide services like other organizations have in the past and present. “Like the Norshore Twelve did for many years” Logan said. As a result, both Rodez and Logan started The Chessmen of Evanston, committing themselves to their community and to giving back to others to improve their lives.

Rodez was an avid chess player. The name of the Chessmen and its symbol, the “Knight,” stems from the game of chess and for Rodez, it represented dignity, power and strength.

Looking forward to fulfilling some of the needs of the community, they pursuaded some close friends and other African American men to join or support the organization. These men were coaches, scout masters, tutors and counselors; in addition to being full-time entrepreneurs, corporate executives, law enforcements officers, consultants, teachers, administrators and physicians. With similar ideas, these first members came together to address the many community issues, especially for Black youth.

95% of  funds raised go toward scholarships and food baskets

With committed and community minded men in place, the Chessmen Club was established in 1958, ready to provide service to the Evanston and North Shore communities. Throughout the last five decades, the Chessmen Club has grown and matured. The mission of the club has remained the same – service to youth and elderly of the community. Their activities have ranged from raising monies supporting local youth groups, to providing scholarships and related financial support to deserving college bound youth, presenting civic awards to outstanding citizens and donating food baskets to the poor and elderly.

The Chessmen Annual Civic Award Ball was inaugurated in 1958. Through this event, the organization has been able to increase their funding pool with ticket sales, auctions and private donations. Additional financial support is obtained from corporate donations, golf outings and support from membership. Ninety-five percent of the funds raised go toward scholarships and food baskets.

In 1980, The Chessmen replaced the Civic Award Ball with the Annual Scholarship and Community Services Benefit. “The annual gala was initiated to give recognition and honor to individuals and organizations that we felt had contributed most towards the betterment of our community,” Logan said. “This includes adults and youth for their extraordinary contributions to the community.” In 2000 the scholarship dinner for recipients and parents was incorporated into the already existing community wide Unity Scholarship program.

The Chessmen awards are both a symbol of good citizenship and inspiration for raising consciousness and community giving now, and for the future. “It is held as an honor by community members who have given their time, money and dedication for the welfare and pride of Evanston.” Logan said, “This is what the Chessmen are all about!”

After more than 50 years of service, the Chessmen Club has had more than 80 members representing the organization. Today, new and younger members are becoming more involved in the Chessmen.

“I know that today, Andy Rodez is looking down and smiling for the Chessmen Club is carrying on his dream of commitment, dedication and giving back to the North Shore Communities,” Logan said.