Thomas Madison Doram: A Veterinarian on the North Shore 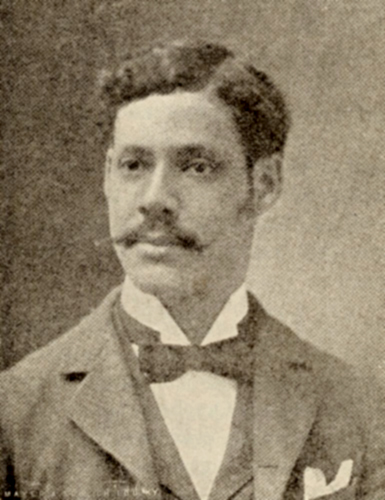 Nearing the turn of the century, a 1900 era America was less than 40 years after the emancipation of slaves, reconstruction was enabling opportunities. T.M. Doram, away from his hometown, he traveled to Chicago to study. Doram graduated and made history becoming the first degreed “negro” Veterinarian for his home state of Kentucky, and second in the United States. However, Doram opened his first office in Downtown Evanston, Illinois. I asked, “Why Evanston?” and “Why did he leave?”. The answers were easy, but also led to another discovery of a family connection.

Born in 1871 to Susan C. and Thomas Doram, Thomas M. Doram life on the family farm, influenced his later career choice. In his early years, he worked with his father in carpentry and is recorded helping to rebuild the university he attended in 1892, Eckstein Norton University, after a fire gutted the building.[1] However, in 1896, he had made his career choice and with that, relocated to Chicago.

Doram entered the McKillip Veterinary College in 1896 just four years after the college opened its doors. There, he advanced quickly to the head of his class and even made senior assistant instructor in Pharmacology:

“As a matter of course the rest of the students were white, but to show what one can do with an opportunity, at the close of the first year, Doram led his class in Materia Medica; the second year he was at the head of his class in Pharmacy, and during his last or senior year he was appointed senior assistant instructor in Pharmacology of his class, an honor of which he may be justly proud.”[2]

Doram graduated from McKillip Veterinary College March 30, 1899 with the degree Doctor of Veterinary Medicine[3] becoming the second “Negro” person with a degree in Veterinary Medicine. The first was Agustus Nathaniel Lushington in 1897 from the University of Pennsylvania. With degree in hand, Doram then moved to Evanston, Illinois.

Why Evanston. . ? That is the one question asked the most when I give talks on North Shore Black History, and I often say “the same as anyone else — plenty of jobs, good housing, good schools, great neighborhood and of course, someone they know.” In the case of Doram, his sister (Alphia T. Richardson) and brother-in-law (Dewitt W. Richardson) who were already living in Evanston.

Display ad from the Evanston Directory, 1901

Doram shared a home there and opened his business as listed in the 1901 Evanston Directory: T. M. Doram, M. D. V., Doctor of Veterinary Medicine, Special attention Given to Veterinary Surgery and Dentistry, also Canine Practice. Within two years, Doram relocated his business back at his hometown in Kentucky where it grew and gained notoriety, married and had eight children. In both Evanston and Kentucky, horse care became his main focus. Doram was noted in a legal case involving care of horses in transport via train:

“The mules when received by the consignees, Bright & Fox, about 11 o’clock a. m., May 18th, were in an exceedingly weak and bad condition. Dr. T. M. Doram, a veterinary surgeon, was called to examine them, and found their stomachs and intestines entirely empty-no evidence of food of any kind-and gave it as his opinion that they were starved to death.”[3]

Doram’s relocation to Kentucky could have been triggered to a better market in care of horses where Evanston was moving toward automobiles.

While looking into the life of Thomas M. Doram, and interest into his wife’s side of the family led to a discovery of a national connection. Doram married Bertha James Hancock October 21, 1901. Bertha’s family was originally from Texas and was one of four girls of Hugh and Susie Hancock. In the 1900 Evanston census, the family lived a t 818 Davis Street. Bertha’s father Hugh Hancock was a saloonkeeper while Bertha the oldest daughter, was listed as a seamstress. What is interesting is that Bertha’s younger sister, Nettie Blair Hancock, married Booker T. Washington Jr. (1913). Yes, son of the [emphasis mine] Booker T. Washington, founder of the Tuskegee Normal and Industrial Institute. But that is another article.

Dr. T.M. Doram was the nations second degreed veterinarian who chose to open his office first in Evanston, Illinois in the heart of Downtown Evanston at the turn of the century. Progress, indeed made.