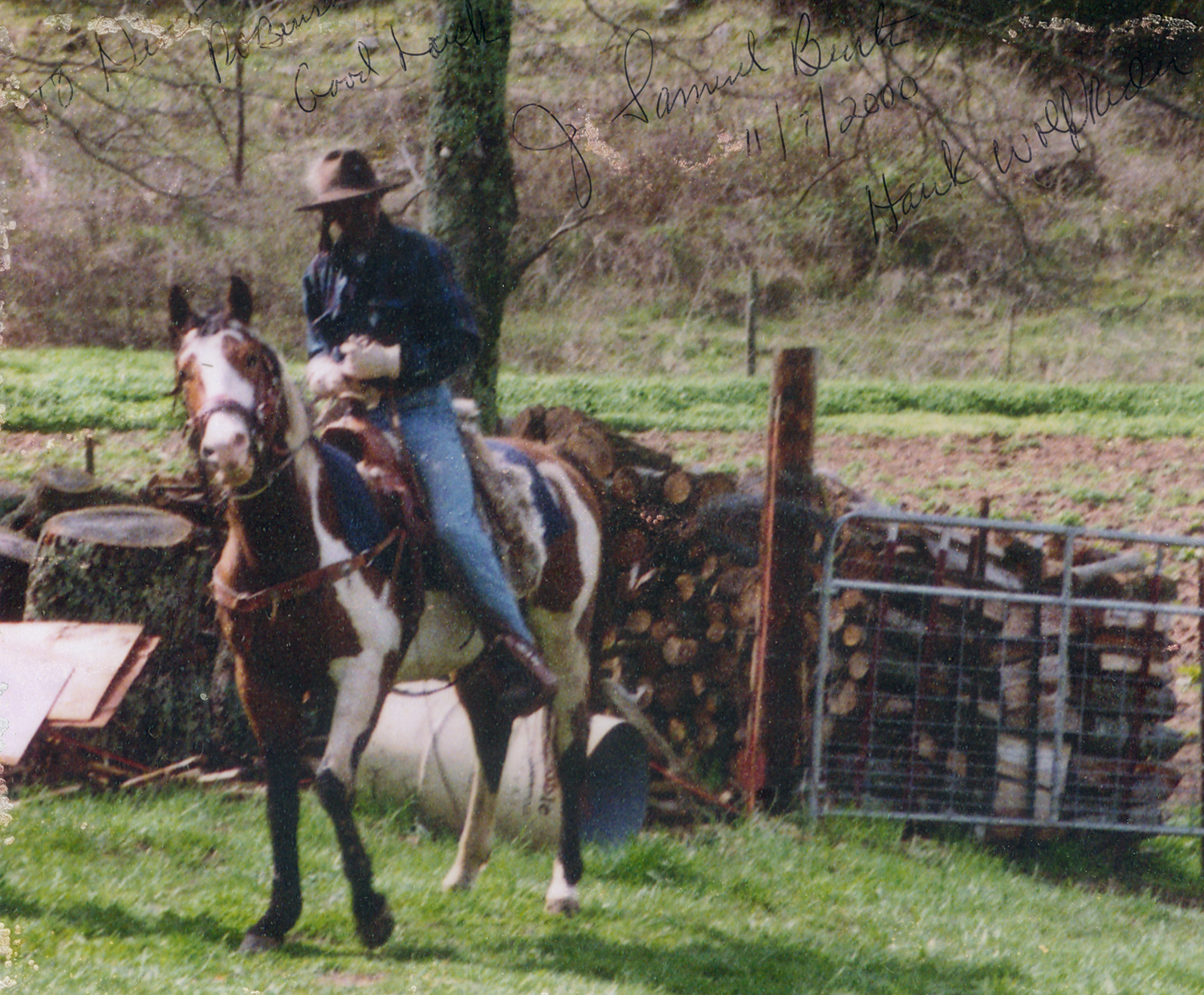 Every once in a while, a person gets a chance to do something that impacts on not only his or her own spirit, but on the spirit of hundreds of others as well. James. S. Burton had such an opportunity and fulfilled a promise he had made more than thirty years ago.

Better known in the Evanston community as Mr. “B” while employed at Family Focus, James Burton was born in Abbyville, South Carolina. His parents, William and Willie Burton, came to Evanston in 1943 with James, age two, in tow. His father worked for Phillips Petroleum towing cars. An accident while on the job a year after they arrived cost William Burton his life. James was three. His mother worked for Better Cab Association then for Best Taxi as a dispatcher. While growing up in Evanston, James Burton had many of the normal activities of most of the kids his age. These shaped his young outlook in life.

“Growing up [in Evanston] was fine.” Burton remembers many decades later. “I really didn’t realize a lot about Evanston because we were confined more or less to the west side . . . I went to Foster School and graduated in sixth grade . . . Foster was a good Black school.”

He had a paper route by the age of eight and continued it until he entered high school. He joined the Cub Scouts and transitioned into the Boy Scouts as he got older. Bible study classes at Second Baptist church, which he and his family attended, was a must in his household. He recalls the positive influences of people such as Mr. Bouyer, the physical education teacher at Foster, Mr. Fleetwood at Foster Field, and Mr. Brownlee had on his daily activities.

After Foster, Burton attended Haven school, then went to ETHS where he was active in sports. He recalled an incident during that time involving the football team.

“Evanston Township was racially divided . . . I remember when the star Black athletes were demoted to second string during Homecoming in 1957 so that the Black players would not escort the white queen and princesses down the isle. They [ETHS officials] couldn’t tolerate that. So the players wanted to boycott the game. At the last possible minute.”

After high school Burton joined the Air Force and, after his tour, came back to Evanston in the 60’s. Nine months later, he moved to New York and pursued art, painting portraits for 14 years. After that, he lived in Los Angeles until 1979 when he came back to Evanston to take care of his mother.

A lot of people do not know what it is to be an American, white or black. A lot is taken for granted.

It was then that he began thinking about something his grandfather had asked him to do when he was 18; to travel the Trail Of Tears. The trail was a forced march of over 16,000 American Indians, including the Cherokee Nation, from North Carolina to Oklahoma between 1838 and 1839. More than 4,000 died on the way from hunger, exhaustion and sickness and many more died at the hands of American soldiers. Burton, whose ancestors include members of the Cherokee Nation, remembered the stories his grandfather, a Cherokee, had told him when he was a boy. His grandfather had asked him to follow this trail in reverse to return his great, great grandfathers spirit back to North Carolina. It was a daunting task, but more than 20 years after his grandfather’s request. James Burton began to think seriously about the promise he had made.

“Not knowing anything about the Trail of Tears, I started reading about it,” Burton says, “My older sister, Jeanne, and I both read about it, trying to find out as much as we could. That went on for years. Just thinking about what I had to do because I promised my grandfather I would do it, was daunting. When Jeanne died in 1983 in Los Angeles, I found that she had really dug into our heritage. I had promised her earlier that I would continue the research. I started working at Family Focus and that afforded me the opportunity to obtain what I needed; horses, equipment and the time to plan.”

In 1996, Burton was given the “Man of the Year” award from Forrest E. Powell Foundation honoring his involvement in the community. At that time, he made up his mind that this was the time to tell everyone what he had planned to do. Although he wasn’t taken seriously at first, his family supported him one hundred percent. “My aunt, who is Cherokee and very proud of it, was especially proud of me for doing this.”

Burton acquired two horses and did minimum training. This “green” training was purposely done with the intent of setting them free after the long journey. He also obtained a wolf for the trip. However, in considering the safety of the wolf, as well as the unpredictability of a “wild” animal, he decided the wolf would not be a part of the journey. Mr. Burton, himself, took on the name “Wolf Rider”.

On July 19th, 1999, James S. Burton departed, on horseback, from Family Focus Our Place at 2010 Dewey Avenue in Evanston on what would be the most important journey of his life . . . returning the spirit of his great-great grandfather to his home in North Carolina.

His journey first started northbound to Wisconsin. However, being new to horseback travel, he soon found that he had over-packed and his horse was collapsing under the weight. In Wisconsin, Burton met a cowboy who saw the state of the horse and offered to teach him the proper way to pack and guide his horses. After two days, still on horseback, he turned southward toward the end of the Trail of Tears.

Leaving the urban environment, he found the rural area residents a bit apprehensive. However, as word got out about Burton’s journey, he began to encounter others who were supportive.

“People treated me very well. They came out to greet me. News people came out to see me. All through Iowa, South Dakota, Nebraska, I met great people and made new friends. The most asked questions or comments made to me in rural [white] America were a version of ‘You’re not what Blacks are like in the big cities as they’re shown on TV.’ They thought we were robbers, killers, drug dealers, people at the bottom of the barrel as depicted in the city newspapers.”

One such online outreach read as follows:

James S. Burton is needing help to fulfill a promise to his grandfather and is riding the Trial of Tears backwards to Cherokee, NC. He is needing places to stay and help getting thru major cities and across major rivers. You can follow his progress and journals at: http://www.dailynews.net/ads/wolfrider [dead link] He is currently at Rogers AR and will be going to Gateway, AR, north to Cassville and Monett, MO and turning east on Hwy. 60. To hwy34, south on hwy70 and needs help at the Cape and crossing the Mississippi River into IL. In IL he will take Hwy 146 to 91/161 south into KY then 641 south to Hopkinsville to 91/41 south/east to Cregfont, KY , south on 231 to Murfressboro, TN east on 70south to Dayton to Cleveland. East on 64/74 to 19 to Cherokee, NC. If you can help please email him. He is currently at Coyrun@… and will be here nest [sic] weekend RBrown9238@… Thank you!! (http://pets.dir.groups.yahoo.com/group/GaitedHorse/message/15396?var=1)

During his travels, people showed Burton what being an American could be. It wasn’t something that could be told to a person. One had to live the experience. Burton says he believes “A lot of people do not know what it is to be an American, white or black. A lot is taken for granted.”

In Oklahoma, Burton met with the western Cherokee Nation. He describes people lining up along the highway, awaiting his arrival to touch him and his horses as he rode by. Later he learned that this was a spiritual touch, transferring their spirits to Burton for the travel. Not only was he to return the spirit of his great-great grandfather, he was to return hundreds of other ancestral spirits.

During his journey, he stopped in town after town, speaking about his traveling experience at schools and before organizations. Two students set up a website monitoring his travels and estimating his time of arrival in each town. Residents, police, firemen and travelers went out of their way to make sure his trip was as safe as possible, alerting him to weather conditions, bringing food, hot coffee and medicine.

In the final leg of his journey, he reached North Carolina where a host family took him in for rest and nourishment before he released his ancestral spirit not too far from where the family lived. On April 15, 2000 James S. Burton, walked up a small trail to the area of the original reservation and released his great-great grandfathers spirit along with those spirits others had passed onto him. After nine months, he had travel 3,600 miles on horseback, keeping the promise he made to his grandfather 40 years before.

In later conversations, Mr. Burton shared that he had planned on writing an autobiography about his experience. In his years after the journey, he had trained and passed through all rites to become recognized as a medicine man with the Cherokee Nation, and contemplated a new journey on horseback. His last vising was in August 2008. In January, 2009, Mr. Burton took his final journey to reunite with his ancestors. Family Focus staff and the community gathered together to hold a memorial service, attracting hundreds of people celebrating his spirit.

Note: For further reading, look into Trail of Tears: The Rise and Fall of the Cherokee Nation, by John Ehle. © 1988, Anchor Books. This article was taken from excerpts from an interview taped November 3, 2000 at Family Focus, Evanston and originally appeared in Volume Two, Number Three, Spring 2001 of Shorefront Journal (printed). Photo of James Burton from the Shorefront photographic archives. Map: http://en.wikipedia.org/wiki/File:Trail_of_tears_map_NPS.jpg.