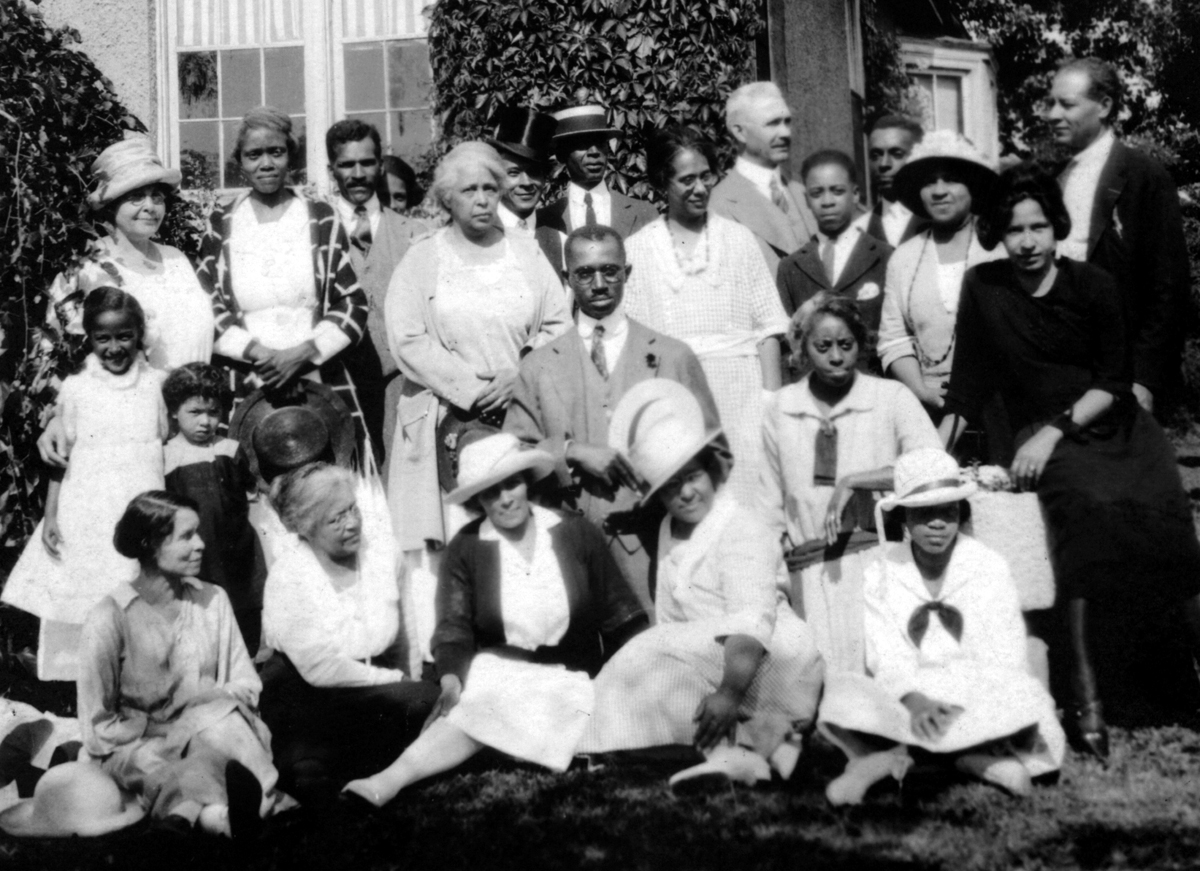 The growth of the African American communities in Chicago’s suburban North Shore was unique. Instead of first settling in Chicago, most early settlers came directly to these North Shore communities. Evanston was and still is the longest stable community dating back to 1855.

As early as the 1840s, there was evidence of early African Americans settlers in Evanston. In the 1850 handwritten census, eight African Americans were reported living in Evanston, the Melock family, Gill Reece and Lumus Carney. In 1855, 15-year-old Maria Murray was brought into Evanston. She was bought out of slavery by the Allen Vane family and worked as a domestic in their lakefront home. During the 1860s, more families and individuals of African American decent settled into Evanston. These included the Garnett, Branch and Scott families as well as George Robinson, who married Maria Murray in 1868. Though Evanston has no physical or documented Underground Railroad sites, it is not a far stretch to speculate that African Americans escaping north to Canada, had passed through Evanston. Early census point to former slaves living in Canada who later came to Evanston.