From the Shorefront Archives #004 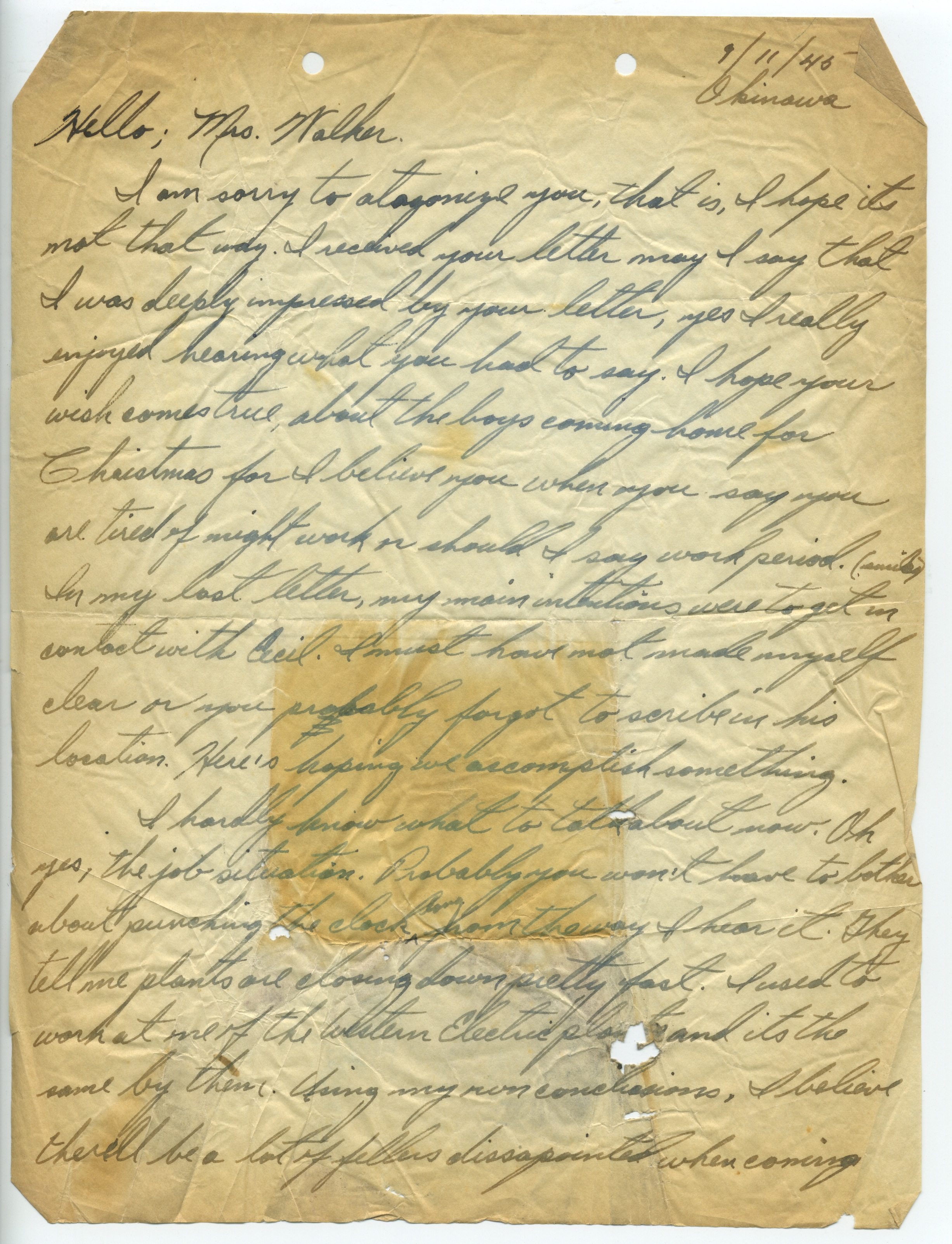 I found my way to Shorefront through an internship for my Intro to Archival Principles, Practices and Services class at Dominican University.  I had never heard of Shorefront before, and I didn’t know much about Evanston or the North Shore area going in, but I have a keen interest in local history and I have learned quite a bit over the last few months. So far, I’ve had the chance to work on three collections from Shorefront’s archive. One of them in particular, The Harper Family Collection, really caught my attention. This collection contained yearbooks from Evanston Township High School, mass cards from weddings and funerals, and family pictures. However, the thing that interested me most was the family scrapbook.

The purpose of an archive is to preserve history, and in doing so archivists have to make decisions about which documents should be preserved. Usually that involves looking through an unordered collection of someone else’s documents and trying to make sense of them. With a scrapbook the owner has already gone through their own documents and picked out the ones that are most important to them, put them in order, and preserved them. They have done the work of an archivist with their own documents.

The Harper family’s scrapbook contained a variety of items dating back as far as the 1930’s. It contains correspondence, business cards, photographs, drawings, newspaper clippings, and a slim book of holiday parables. Several pages had wedding invitations from family friends glued on to them. The invitations came in a number of different styles, some as simple as an index card with a handwritten invitation. Also included are thank you cards for wedding gifts and invitations to other events. One page has a handwritten list of wedding guests and what gift they each brought.

The scrapbook also includes postcards from around the country and around the world. One of them was from a relative in Florida. They commented on the weather, said they were going to stay for the winter, and said that they were planning to go to Cuba for a few days. Another was from a fiend visiting China, and the back had a picture of a traditional Chinese tower with small animal statues along the edges of the roof. The sender noted that these temples were all over the country, and that sometimes the statues were monkeys instead of “these animals.” Another was a chain letter. It warned that a girl who did not forward the letter lost her husband after 24 days then died 24 days after that, and that the recipient could avoid that by forwarding it to 24 more people. I was surprised to find how similar it was to messages I’ve received over email.

. . .but more importantly, they tell us what the family valued.

My very favorite item was a two page long handwritten letter from Okinawa that was sent on September 11, 1945. The paper is yellowed and the ink has faded a bit, but the handwriting is beautiful and it is very well written. The sender talks about the end of the war, which had happened just over a week earlier, and whether the boys would be home for Christmas. He said that the end of the war didn’t change much for him and that, “there is no wine, no song, and more important than all, no women.” He also wonders about his chances of finding a job when he returns. It is amazing not just to hear his story, but to read it in his own words and to hold the paper that he wrote it on.

These documents tell us so much about the family that they belonged to. They include dates and names, but more importantly, they tell us what the family valued. The majority of the scrapbook is correspondence relating to travel or important events in their lives. The Harper family preserved these items for themselves, but now they can also serve to teach us what life was like decades ago.